EVERY ROOM HAS A VIEW OF GRANADELLA
Tranquil and private on the fringe of a nature reserve with magnificent views this unique, very private, front-line property is located at the boundary of Jávea’s Granadella Natural Park, overlooking the beautiful, protected cove of la Granadella which has been voted as being the most beautiful in Spain.

The villa is south-facing, boasting magnificent, unimpeded views of the cove, the Mediterranean sea and the rugged coastal landscape. In the tranquil environment, one can hear the gentle rhythm of the sea breaking on the beach below which can be strolled to in a few minutes.
​
UNIQUE, PRACTICAL LAYOUT
Built in traditional Mediterranean style, the design echoes the layout of a luxury yacht, each of three levels resembling a deck. This feeling is enhanced with warm, marine-ply flooring. The primary living spaces extend along the main level with no stairs to impede movement from room to room, and each room has spectacular picture-window views of the cove below.

There is stairway and elevator access to additional rooms on upper and lower levels. The lower level incorporates a heated infinity pool and terraces, billiard room, kitchen diner and study/bedroom as well as a self contained visitor’s apartment.

There are also two jacuzzis (one indoors), a bodega (wine cellar) and three hearths (two cosy fireplaces and a barbeque). The house is fully equipped with a security system, WiFi broadband Internet, under floor heating and air-conditioning through-out. Switch between three energy sources for heating: solar, electricity and gas.

The various living spaces lend a flexibility for imaginative re-modeling to the personal needs of a creative owner.
​
Land: 1200m2
House: 617m2
6 bedrooms and 6 bathrooms

THE PEARL OF THE COSTA BLANCA
The front line villa for sale in Javea is located at Cala Granadella and is ideal for those who want peace and tranquility, but is only a few minutes drive from the picturesque, historic town of Jávea (Xàbia in the regional language Valenciano), which is characterised by having three contrasting urban centres: The charming Old Town, dating from medieval times; the Port with its fishing fleet and peaceful waterside bars and restaurants and the Arenal, a sandy beach with a lively night-life.

All this is set on a mountainous peninsula jutting into the Mediterranean sea, south of the sweeping sandy bay of Valencia. Jávea is sometimes called “the Pearl of the Costa Blanca” and the WHO has reportedly identified its climate as being one of the healthiest in the world.

There are excellent road communications with Alicante and Valencia Airports, each just over an hour’s drive away, and the Balearics by sea from nearby Denia.

Recreational facilities nearby include the la Sella Golf Resort with a 27 hole course designed by José María Olazábal, and the nine hole Jávea Golf Club.

There are three international yacht clubs and numerous opportunities for SCUBA diving for which the area has become famous.

Among a wide array of dining options, there are several gourmet restaurants such as the Bon Amb and Quique Dacosta Michelin star restaurants.

The area is also served by the five star Hotel Dénia la Sella and the four star Jávea hotels of the Jávea Parador and el Rodat Village Spa among others.

For further information on this unique front line villa for sale in Javea, please contact us.

WHAT PEOPLE SAYS ABOUT JAVEA:
Jávea, located along eastern tip of Spain, is a relatively unknown paradise that`s actually three destinations in one, providing tourists and locals alike a dramatic variety of scenery, history and culture. 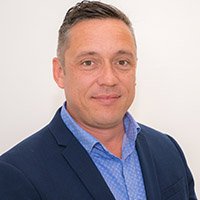 All data is deemed reliable but is not guaranteed accurate by Grupo Garcia. This data is subject to change of price or even withdrawal without notice. Purchase taxes and fees are payable by the purchaser. The agency fees of Grupo Garcia for a successful mediation upon a property sale are settled by the vendor. In case of a rental agreement the tenant is liable for the agency fee. All prices here quoted exclude VAT and any other applicable taxes and levies.