Most important reasons to choose the Marina Alta to stay

The Climate, is the obvious factor for many people to move to Spain as they say, Spain is a cold country with a hot sun. We have seasons but they are not as harsh as northern Europe and this sunshine offers many other benefits aside from the sun tan as we shall explain in more depth later on.

Spain is the healthiest place to live in Europe, according to research. The average life expectancy is 81.4 years, and 70.9 is the average number of years of a healthy life. According to the medical journal Lancet, this is two years longer than for people living in the UK.

The World Health Organisation claims that Spain has a “near perfect environment as it is possible to obtain”.

Also The World Health Organisation report that Javea, Moraira and Denia  are among the healthiest climates to live in. Locals will say that five winds meet here, warming the winters and cooling the summers offering a unique microclimate that is regarded as one of the world’s healthiest.

Average temperatures are 15°C during December and January, rising to an average of 30ºC in August 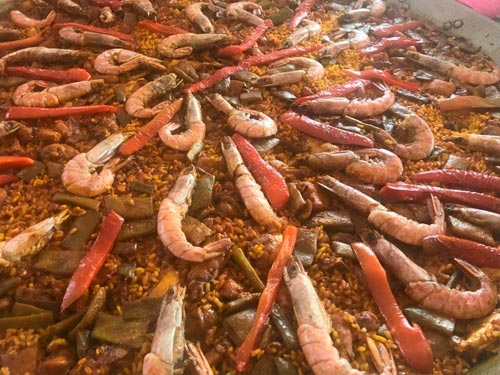 Such a broad topic for a country that prides itself on cuisine but to offer reasons why you should live here above other places we must look at the environment that creates the ingredients.

The Mediterranean diet is famous worldwide for fresh, locally grown fruit and vegetables that just taste better grown in the sunshine. From the wide variety of tomatoes to the grapes that make world reknown wines, compared with other countries Spain is difficult to beat.

Then for fish, locally caught seafood is available directly from the fish markets and easily distinguished from national stock by the light blue trays in the supermarkets.

The Mediterranean is know as the lifeblood of the coast for the rich, diverse sea life and much of this part of our coast is protected wildlife reserve where fishing is prohibited but snorkeling is excellent.

The Costa Blanca North is of course also famous for its great quality and value restaurants. Aside from the traditional Spanish restaurants that are by definition family affairs that offer excellent product catering for both locals and the international clients. The Spanish are very social people that love the summer and dining outdoors and is a huge part of the culture. Recent years have attracted many top chefs to move and open businesses here resulting in Denia being recognized as a cultural center for cuisine that hosts many international events on the Costa Blanca North and Michelin stars being awarded.

Spain has become famous in worldwide for its enviable approach to life and strong family values.

These factors are dictated by the environment. The good weather often means it is difficult to complete physical tasks quickly and has therefore resulted in the “manana” answer to schedules.

Modern Spain has moved on with air conditioning but the phrase is always prominent when trying to explain much of the relaxed approach to life.

The siestas, originally designed to offer respite from the heat, have created a break in the afternoon where most families get together to eat and spend time together which is simply unheard of in many other countries.

This of course has knock on effects of a generally healthy respect for elders, fewer wayward youth and ultimately a better place to be as a result.

Spain has nearly twice as many public holidays as the UK and these are used to spend time with the family, going to the beach, eating well and generally feeling good.

Speaking specifically about Moraira, Javea and Denia, there are few large resort hotels here than much of the coast and most people that holiday here either rent or own a second property. The result of this is a different profile of tourist.

Very rarely will hen and stag parties make it here as the budget tourism doesn’t get here. The Marina Alta has become reknown for a higher level tourism and become very popular as a family destination.

It’s a pleasant place to be, raise a family or just pass the days.

There are many websites that will tell you that Spain has the lowest cost of living in western Europe which is probably mostly true.

There is little point offering specific statistics and costs as it varies depending on so many factors. I can say definitively is that you will not be disappointed by value for money in all aspects of life in Spain, especially the costa blanca north.

People live well here for not too much money but as always if you want quality, you must pay for it and many fall foul expecting to arrive in Spain and pick up a front line sea view property for the price of a parking space. 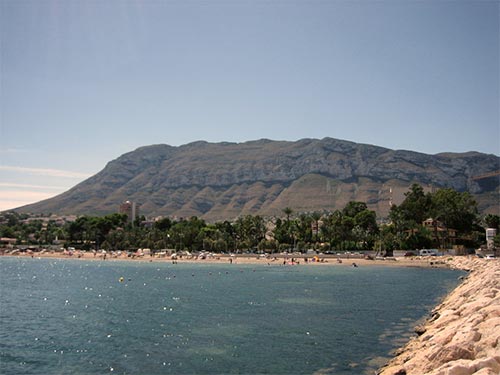 The Mediterranean has sculpted some incredible coves and beaches for the Costa Blanca North. To review all of them separately would be tedious and give away some of the best kept secrets which are better discovered yourselves.

Needless to say, the CBN has a selection of the finest Blue flag award winning beaches in Spain ranging from the endless miles and miles of fine sand and dunes of Denia and las Marinas through to the small intinate Cornish type coves of La Granadella in Javea and the fishing village beach of El Portet in Moraira.

All the beaches here are stunning without exception.

Partially due to our proximity to Ibiza, we are the closest mainland point, we share the same quality of beaches, crystalline waters and national parks without having the disadvantage of being on an island for travel and costs. Everything costs about double in Ibiza and it is very seasonal.

Buy Luxury Villas In Jávea, “Balcon Al Mar”
Living in Balcón al Mar de Jávea is a real luxury recommended to those who are looking for a place to connect with nature. The sense of peace and tranquillity…
Read More
Investment Property: Villas In Jávea
Regardless of the state of the economy, real estate investments continue to provide great returns for those buyers who think of Jávea as a tourist destination. The sun, the beaches…
Read More
Call Now Button
Abrir Chat
¿Necesitas ayuda?
Hola,
¿En qué podemos ayudarte?